Finished and uploaded on the MQG Community site just under the wire are my two Michael Miller MQG fabric challenge entries.  I named them Companions #1 & #2 because they are similar but different, related but not the same which kind of reminds me of our two dogs.
I had hoped for a real photo shoot but settled for the helping hand of my son as he headed out.  We've had super sunny skies resulting in a washed out appearance - where's the fog and overcast when you need it?  Linking up for 2014 Q3 FAL finish and you can see this post where I set my GOAL.
If you're a MQG member take a look at the amazing variety of quilt designs that are pouring in. 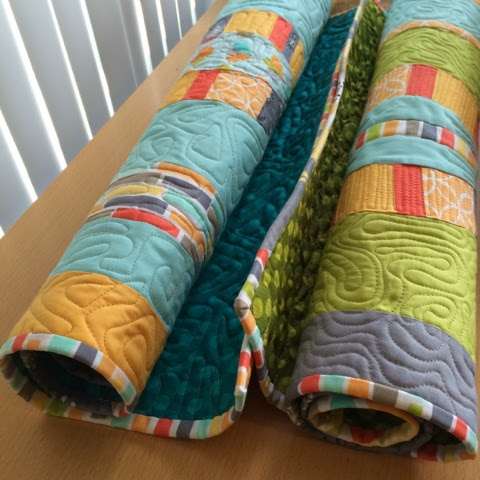 For the backing, I had in my stash Michael Miller dots in the two color ways that I thought featured the best of the fronts, teal and green.  The binding is scrappy strategically placed. 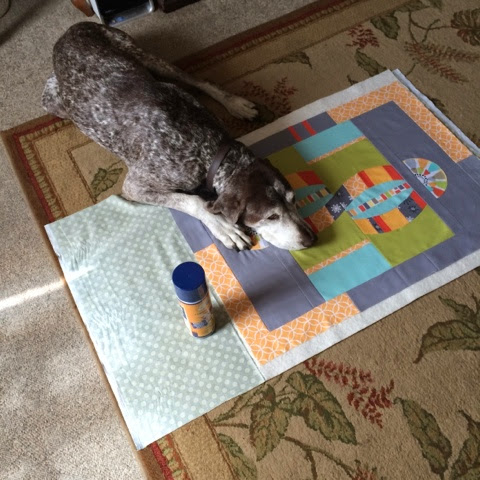 Usually I block off the living room and keep the dogs out while I spray baste.  But this time, the tops are so tiny and it was only going to take a minute.  Well, I turned my back and this is what I got!  Good thing he's adorable and that it's washable.
If you're wondering why I made TWO entries, let me remind you that it's one less than I made for the Madrona Road challenge with No Inherent Sense of Direction, Driving in Circles and the Bed Runner. 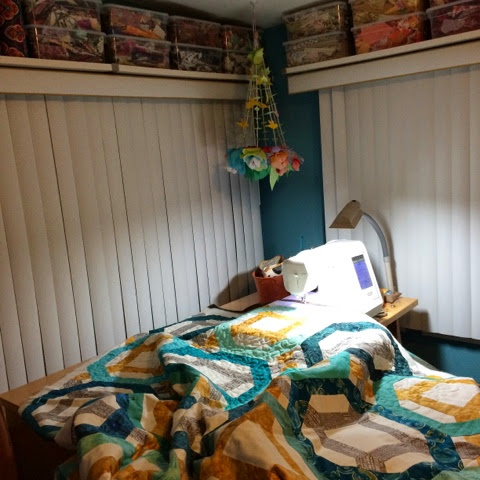 My Ottlite isn't fueled by actual oil I know, but the glow of it and the hands on the clock (yes, I know they don't actually have hands anymore) reminded me of the saying.  Hubby is hoping to install an LED strip right above my workstation this weekend, fingers crossed. 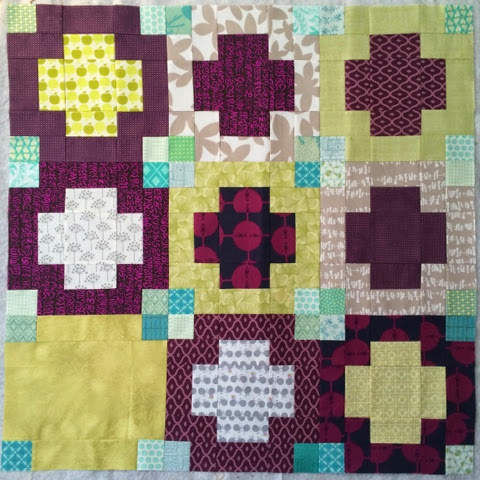 Top complete!  I'm thrilled with my version of #greekpluspussquilt.   Pattern testing for @r0ssie_fmq has been fun.  I couldn't help but put a bit of my own twist on the layout.  She'll be releasing her pattern on etsy and Craftsy August 4th.

Linking up to Finish It up Friday with Amanda Jean, Let's Bee Social and TGIFF at quokka quilts

I've got to dash off the spend the day at a Jacquie Gering (Tall Grass Prairie Studio) workshop.  Her QuiltCon class sold out in a blink but thanks to SBAMQG,  she's come to see us!
Posted by CapitolaQuilter at 7:53 AM