Hotter than I thought- 2019 Temperature Quilt 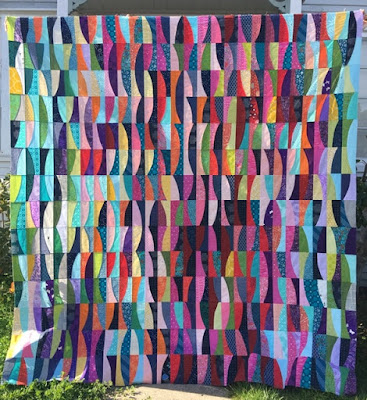 I took this picture on New Years Eve.  A pretty gorgeous day for a classic photo shoot on the front porch and I happened to have available two grown ups with long arms to hold it.  The beast is 91"x98" and if you're wondering why I didn't have to wait until the January to call the top done - it's because the final block for 12/31 will be the label on the back.

In April I shared HERE the status so far.  Little did I know that later in the year we'd have a record breaking heatwave.  Historical Average High of 77 turned out to be 103. Triple digits are unheard of and yet it happened and more than once.

The project came with me to a Retreat in March and again in September.  You can see the "holes" where I worked ahead leaving the TBD gaps.  I worked in three sections (approx 4 month chunks) so that I wouldn't have to drag the entire top with me and hog the design wall. 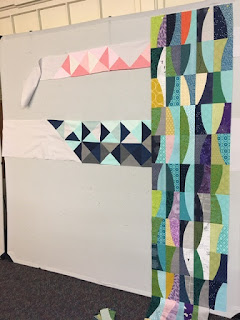 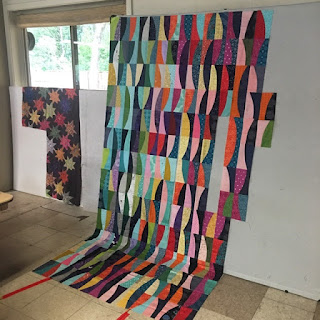 If you follow me on Instagram, you've seen the progress step by step and may have read today's post in response to IGQuiltFest prompt: "Lesson Learned"

"Best laid plans are subject to change- Embrace that as part of the journey. Make decisions along the way and keep going.

When I embarked on the making of my #temperaturequilt2019 I determined the fabric color brackets with TBD above 81 degrees because we (typically) have mild weather. This way I could get going with months of progress before facing that hurdle.  I don’t regret the approach because all of the “what if“ and “should I“ scenarios were paralyzing my confidence to commit to a year long project and I could have otherwise stopped me in my tracks and done nothing. 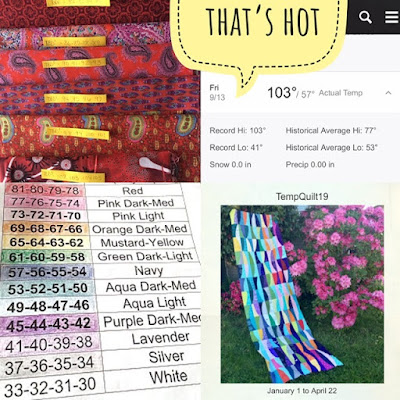 We can only forecast the future based on what we know and we should expect to wrong a good part of the time. That’s okay.


How we choose to deal with it when our plans get derailed is also part of the experience.  Would I have made different brackets if I’d predicted the heatwave? Probably. Does it matter? Absolutely not. The quilt chronicles my creative choices along the way which hold a higher value than a statistically accurate representation. 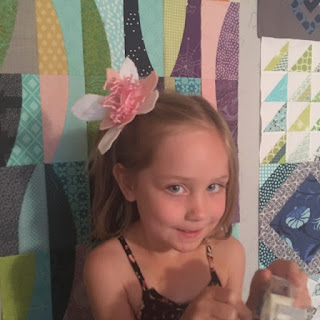 Memories of my 6 year old granddaughter reading the day’s temperature, writing the numbers, finding the corresponding color on the chart and selecting which two fabrics to sew - that’s what I’ll remember. Hopefully she will too.  The finished top is ready for quilting." 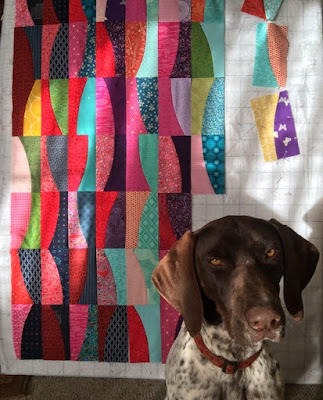 I think my hubby and pup are glad to have the project off the design wall in our living room.  It was a semi-perminant fixture all year long.  Unlike some makers, I didn't make a block a day but more often a week strip at a time.  There are a lot of parts left since I cut the rectangles ahead without calculating what I might need.  Considering that I missed the bracket mark by six - I'm pretty sure if I had attempted to guess how many of each color was needed I'd have as many parts as I do anyway.

Monthly Markers on IG include an image of something I've sewn the previous month.  My temperature quilt made an appearance twice - a little self-imposed rule bending. 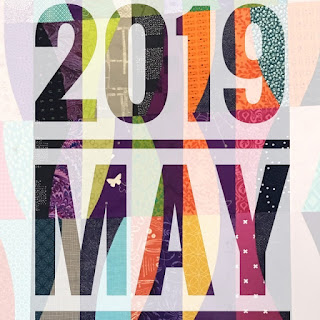 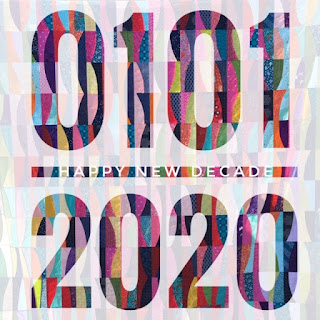 Did you see the recently announced Modern Quilt Guild plans for a 2022 QuiltCon Special Exhibit of Temperature Quilts made by their members?  Very exciting news.

Posted by CapitolaQuilter at 10:42 AM 3 comments: