Goats Askew and You Know Who 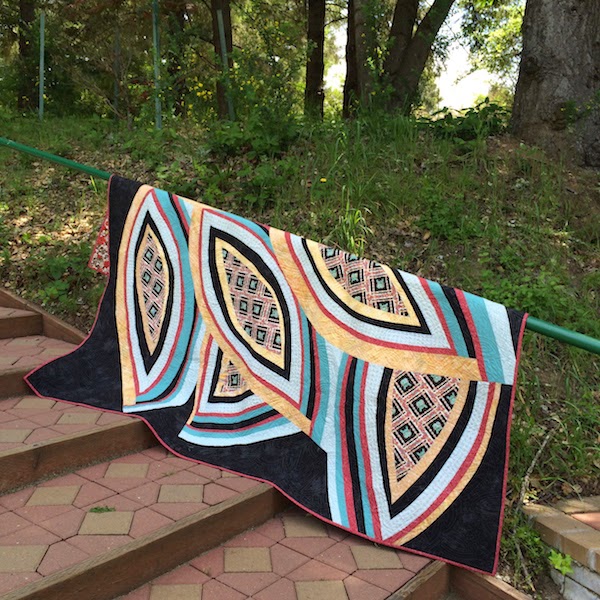 The technique is an improvisational project score from the newly releasing book (pre-orders for March 2015) titled The Improv Handbook For Modern Quiters by Sherri Lynn Wood aka: Daintytime.  She put a call out for testers that I was happy to be part of.  Although it won't be included in the book,  it was fun to give input. 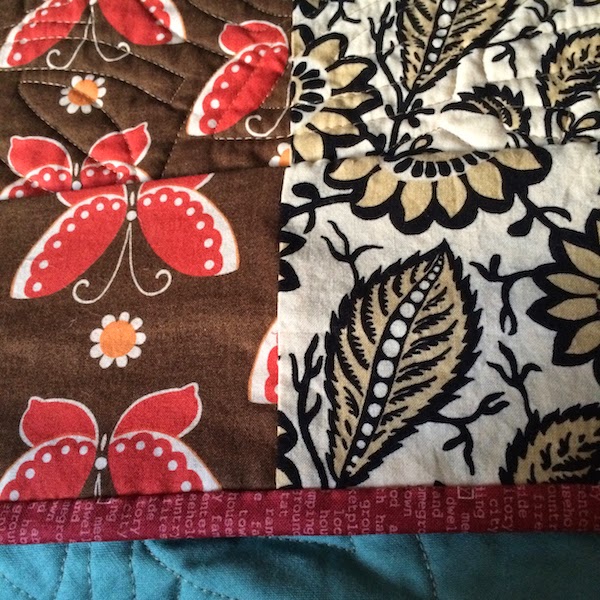 For the backing sleeve I matched the fabric since it was going to be permanent.  I'll share it at our local guild's show next February since it wasn't accepted at QuiltCon.  My skill set improved much more rapidly than I'd expected.  All the more reason to try new things, right? 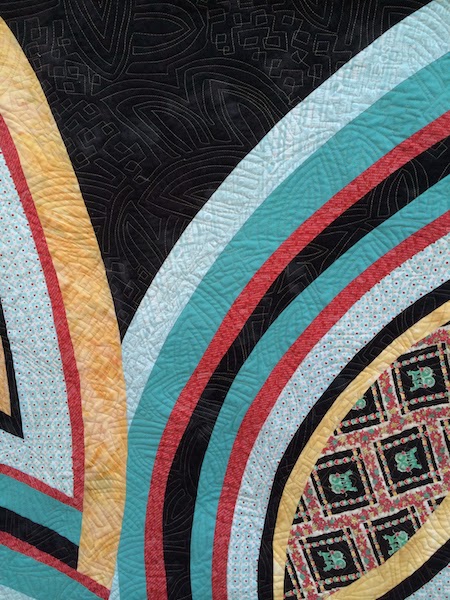 The FMQ was a free form inspired by the shapes of the petals as well as the square in a square graphic in the feature fabric.   Although I didn't just finish, I couldn't share it before because it was a secret so I'll link up to Finish It Up at Crazy Mom Quilts and Let's Be Social now that I can.

First off, using scissors felt so foreign. I found that placing the ruler under gave me better control when cutting the strips.  My experience making bias tape was practically non existent before this and by the end, I felt pretty confident. 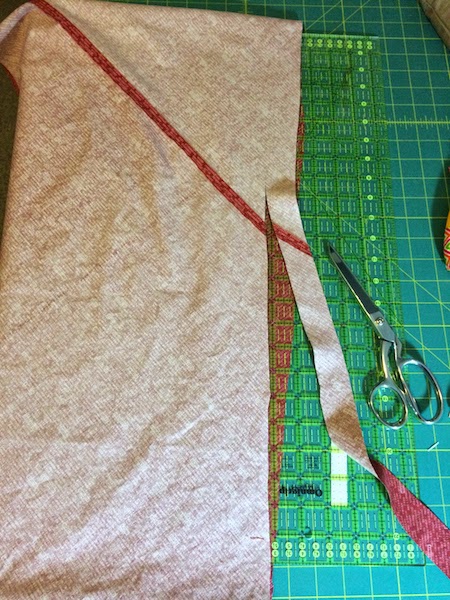 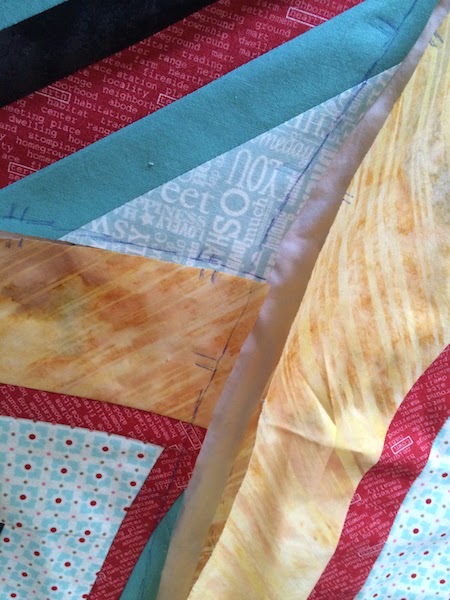 I challenged myself to exclusively machine piece rather than appliqué the quilt despite the need to join many (MANY) odd shaped areas.  This is lovingly referred to as my X-Y-Z seams. 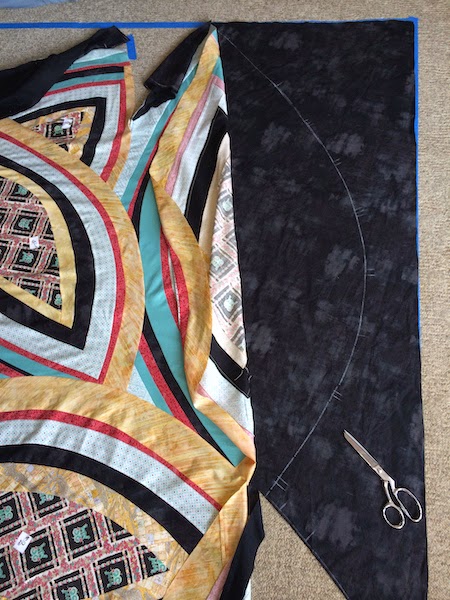 When the large chunks of progress became too cumbersome for the design wall, I migrated to the living room floor.  I used painters tape to square off the target size on the carpet and build out the background where I was shy and trimmed the excess where the petal hung over. 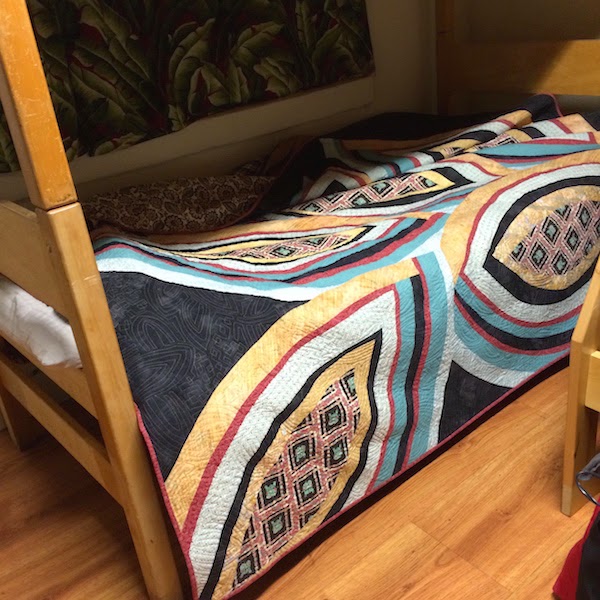 I brought it with me to our SBAMQG Retreat last month to cozy up our cabin.   Goats Askew was a tad oversized for the twin.   My friend Renee and I celebrated our birthdays that weekend.
Funny enough, there's a photo of us at the Get Your Curve On workshop with Sherri Lynn Wood in this magazine.  It's the side of my head but that counts - and I'm especially proud of my excellent posture!  We had no idea until Renee was thumbing through "The Story of Modern Quilting" - so cool. 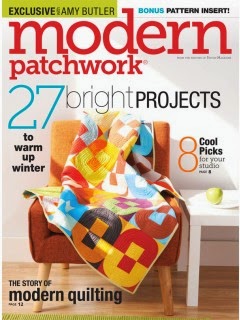 One of my News Years Resolutions should be to finish up that UFO from the workshop - it's on my 2014 Q4 FAL goal that's not been met.
Since I may never get around to a proper post devoted to the 3rd annual retreat, here are some pics.  Anne is in charge of setting up the group shot each year and they are my favorites (past two are here and here)

One thing that I plan to be working on in 2015 is the Scrappy Log Cabin Quilt Along with Ginny at Fishcreek Studio.   Check it out - and read all about her on the Around the World Bog Hop post.  She tagged me so be sure to visit back and see who I tag next.
Posted by CapitolaQuilter at 10:14 PM