Just in time for the Charity Auction benefit for Leukemia Lymphoma Society- I'm pleased to present a classic front porch shot of Tweet Tweet Twist, complete for Finish it Up Friday.
The quilt was inspired by Jaybird's Fast Forward pattern only I used squares of fabric following the directions on my Lazy Angle ruler rather than stripped pieces.  After I was done cutting all of the units I realized that I could have cut a rectangle instead and saved a couple of steps - oh well.

I don't usually pre-wash my fabrics except for flannel and linen but in this case the Pink was from my stash and had been washed so I tossed the Tweet Tweet in as well.  I used Pellon Cotton batting and Aurifil 50wt for piecing and quilting.  Finished size 48"x60".  This is also my March ALYoF entry so I'll be linking up to that when it goes live.
Collaborative projects are so much fun and my friend did the binding on this - machine stitched - it looks great and I'm warming up to the idea (I've been a hold out in case you didn't know that about me). There will be more to come since I have a stack of mis-cuts and left overs - enough to make an entire quilt. So typical ! 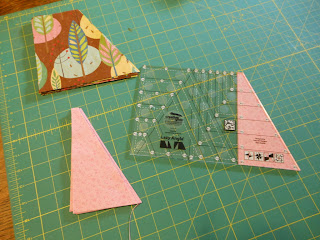 This morning I'm also playing around with photos and the palette builder at Play-Crafts as part of Intrepid Thread's fabric bundle giveaway contest.  I owe my oldest son an Oak Tree Quilt inspired by a photo shoot I did of him back in High School... and the picture of him as a little kid playing with crocheted finger puppets that grandma made was too cute to resist. Not sure which I'll enter... 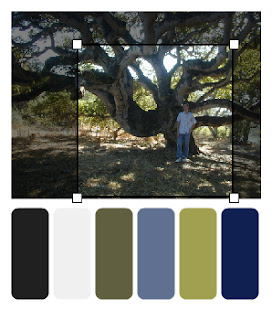 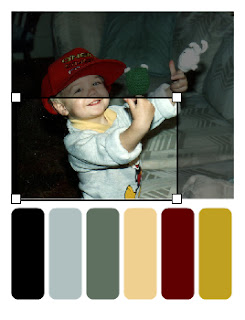 Better get back at it - Happy Quilting
P.S. Tomorrow is my one year Blogiversary and I'll be having an Echino giveaway so be sure to check back!
Posted by CapitolaQuilter at 11:24 AM