Lucky me.  Don't be too jealous but I was sent a nice big stack of fabric (in two color ways) to play with from Andover Fabric designer Carol Van Zandt.  You'll be able to get your hands on your own pretty soon when it's released but until then, take a peak at what I'm up to. 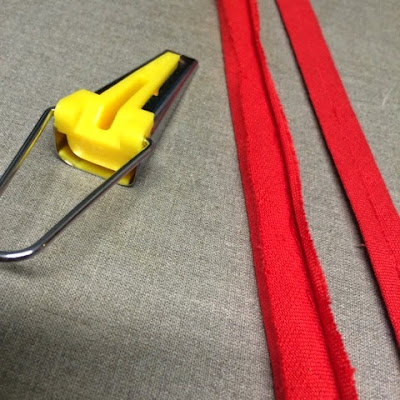 I used my handy dandy bias tape maker tool for the very first time and discovered that there is a right and wrong side to Textured Solid.  Once I noticed the difference of the curl or flat results it was no big deal to feed it through correctly to go along with the natural bend of the bias fabric. 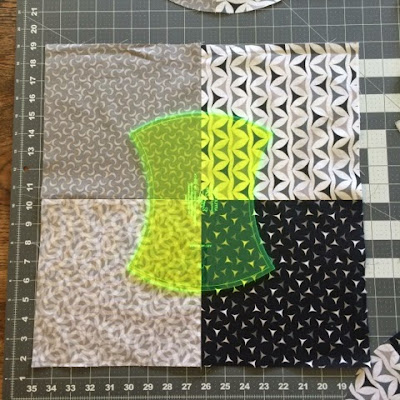 Another tool making a debut was the large apple core template I got from Missouri Star Quilt Co booth at Houston Market.  Because I like scrappy, I made a few from a centered four-patch and then cut four more partials from the remaining edges. 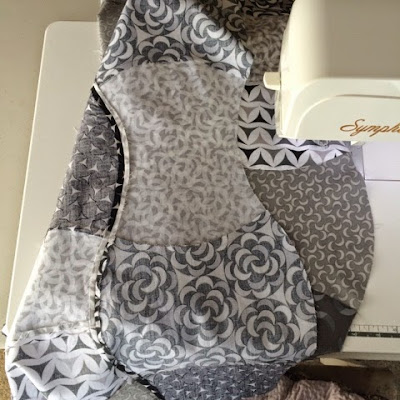 It's gentle enough to go pin-less, similar to a QCR slope.  I pressed to the sides for the piecing and opened the virtical seams to reduce bulk when top stitching the strips on.  All in all it lays pretty smoothly.

I'm Going to Brown Bag It 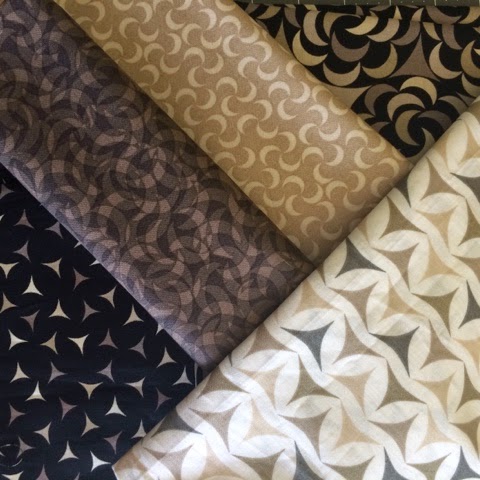 I've got plans for this color way with a set of coordinating totes and bags.  I think it'll be fabulous to mix them up and play with value.   Don't you adore that black one on the far left - ohh. 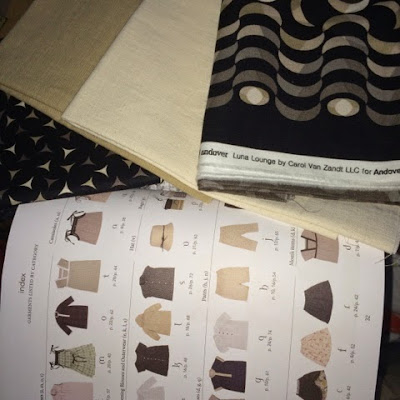 This would also translate so easily into these outfits from my Sew Sweet book by Yuri Araki.  There's this border print in Blue that is crazy amazing! 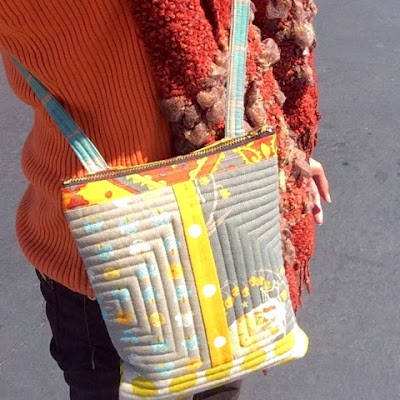 One of the designs will likely be this guy who has become a permanent attachment since sewing it for QuiltCon.  I've never spiral quilted but think it would look awesome around a fussy cut circle.  Other ideas are an Origami drawstring bag and carrier for my big rulers - we'll see. 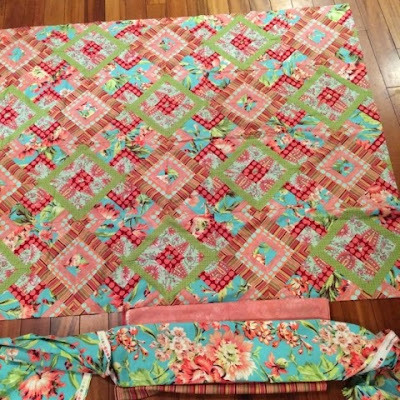 Tonight I pack up projects for a 4 day retreat at Happy Valley Conference where I spent my birthday sewing in November.  I'm going to take along Luna Lounge and I'll be bringing "Amy" with me.

Back when Butler's "Love" came out, I helped my sister choose what fabrics to buy and consulted on the oder to place them etc.. my favorite part of the process that she dislikes.  She sewed the entire top and Amy has sitting as a WIP waiting for her border.  I've borrowed it with permission and am hoping to finish her up this weekend. 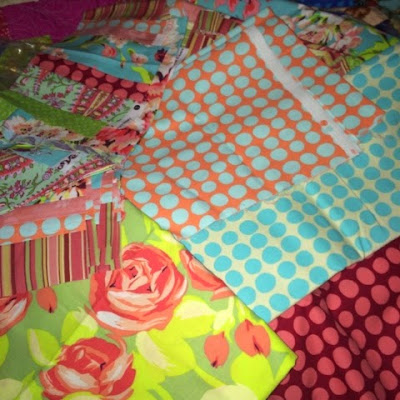 The trick will be NOT to get caught up in over designing the pieced back with this stack of fun choices. Kind of a tall order considering the other things I'm bringing but maybe the momentum will continue on if she doesn't get all the way done.

Linking up with Lee at Freshly Pieced for WIP Wednesday and Let's Bee Social with Sew Fresh Quilts. Lots of eye candy out there - take a look and say hi to those hard sewing folks.
Posted by CapitolaQuilter at 6:56 PM