Here's the final of four catch up posts featuring my BeeSewcial blocks.  Check out the recent blast of April (Miniature Flowers) , May (Bones and Structures) and June (Graffiti)  if you are just tuning in.  Here's hoping that I never fall that far behind again - my head's spinning!

The BeeSewcial theme for July was "Looking Up" and Debbie posted some great inspirational photos she had taken on her blog A Quilter's Table.


When Debbie asked us to share our own vantage point, I knew immediately what mine would be.  The subject matter was a slam dunk but the style was more of a challenge: Grayscale Minimalism.  Fortunately, thanks to my bee mates and QDAD my comfort zone has broadened and I no longer feel the urge to work with massive amounts of saturated color in a maximalism design.  I still think that scaling back to just the essence of what you are trying to capture is tough though. 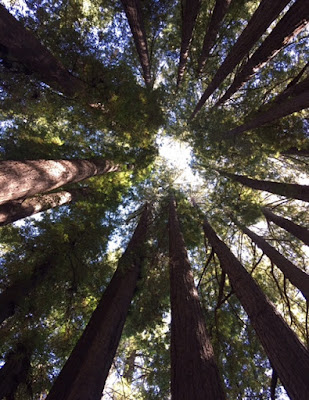 If you've ever stood in the center of a "Fairy Ring" I'm sure you'll agree it's a magical and unique view.  In my block I tried to depict the light filtering through and the way the trunk narrows towards the sky.

Late July, I had the opportunity to ride the narrow gauge steam engine at Roaring Camp Felton to the old growth Cathedral Grove at Bear Mountain for the block's inspiration photo above.  I'll include some additional pictures at the end of the post too. 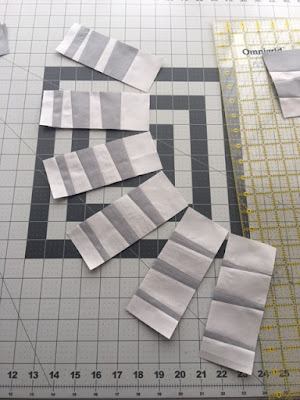 I also wanted the Ring to symbolize the cross section of a Redwood and the way the growth lines are such a graphic marking of time.  Since I wasn't attempting to recreate a specific image I took creative freedom varying the width and spacing of the trees. 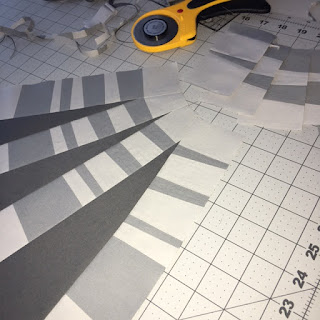 It isn't often that I switch from pressing to the side to pressing open midway but did in this case to reduce bulk in the center. Machine piecing the final center circle was sure to be tricky and it certainly was.  The construction isn't perfect, it took forever to make and it was the most tardy to date.  Despite all of that, I'm really excited how it turned out. 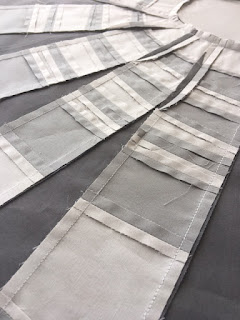 Working with a set amount of fabric (3FQ of Art Gallery Pure Elements) also proposed an extra hurdle.  Improv doesn't yield the most efficient use at times and there is one extra seam in background.   With a target size in mind, I built out the longer trunk portion and worked my way around using some of the cut off fabric. 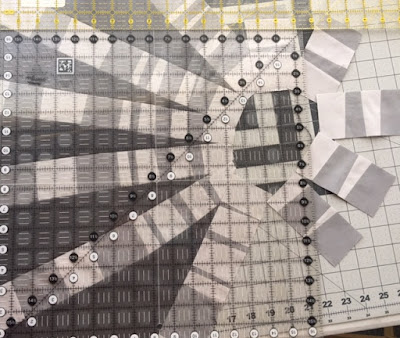 Typical of my BeeSewcial block making experiences of the past, I went away feeling the need to explore the process again. Maybe with color and maybe on a larger scale.

Every Spring and Fall since 2014 I've been attending a quilt retreat with friends and our workspace is nestled in the trees so I also associate redwoods with fond sewing memories too. 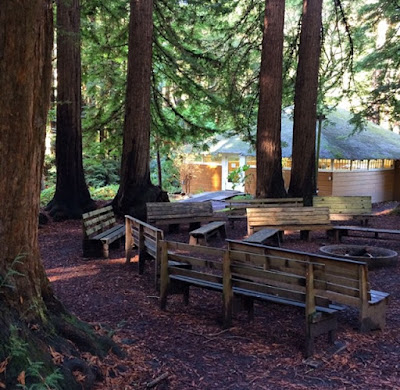 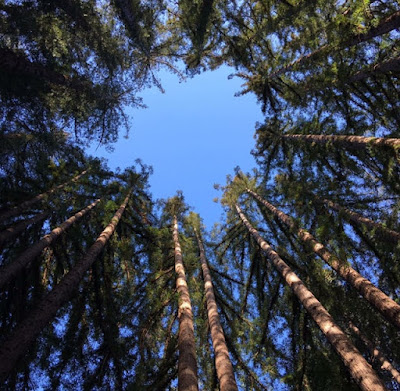 She also asked for a one word title.  I thought of going descriptive like Resilient, Treasured or Epic but opted to go direct "REDWOODS" The final measurement once trimmed was 20"x23" 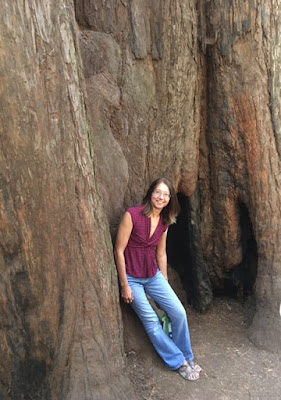 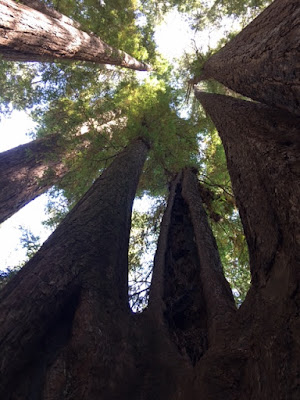 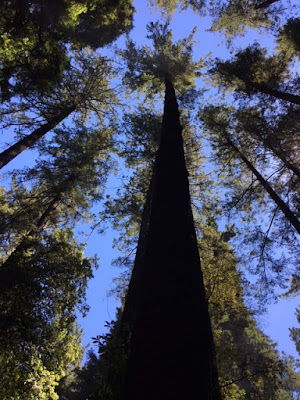 Because we take August off - I'm now back on schedule and ready to get a move on my BeeSewcial September block for Anne -  "Of All Stripes" and she has a gorgeously saturated grouping of blue/greens for us to use with a yellow/gold accent - my go to combo.
Posted by CapitolaQuilter at 11:52 AM