It's time for a bit of blog catch up with the next posts featuring my BeeSewcial blocks.    Yes, it's true that Fall is rapidly approaching and the seasons have flown by but I suddenly realized that I neglected to share April, May, June and July so I hope you'll sit back and enjoy a flash back to the recent months gone by.

Block one: e is for EFFORT

As lead for June, M-R who blogs at Quilt Matters asked us to "Pick a ‘tag’ that represents a word of encouragement or inspiration that you’d want to share with me and others. A word, phrase or even a symbol that gives you strength when you are feeling low or inspires you to kick some ass. Bright colours (black is fine too) on light grey background. "


I was inspired by the album covers at the Summer of Love exhibit at the DeYoung in San Fran and have always like the phrase "e is for effort".   The basic fundamental idea of trying your best and giving yourself and others credit for that rather than being focused on just the outcome.

Trying to find a balance between having the letters separately identifiable yet uniform so that it reads as a word was tricky.  Originally I thought I'd go monochromatic but was concerned without an outline they would bleed out.  Rainbow felt a bit predictable so I kept trying until I found a combo that felt right.
Auditioning brights and backgrounds before undertaking the construction was a step that I spent a lot of time on.  I knew that if I was going to pull this off it wasn't going to be a quick fix to modify my choice like some previous improv that has a forgiving process.  I struggled with the R shape then opted to go lower case.
Creating not only a sketch but also a true-to-size drawing on freezer paper for a template is a rare method for me to use.  I went with free hand instead of computer generated and adjusted as I machine pieced.
The top and bottom are meant to be cropped when sewn in. If you flip it upside down it's easier to make out the word but the lower case e shape is flipped.  Reinforcing the concept of adjusting your viewpoint.  The colors in the outdoor photo are more accurate with the yellow getting the emphasis I wanted.

To say that it was time consuming and challenging is an understatement.   Fortunately it was also fun and rewarding.   Each time I got to the next step I'd remind myself to focus on the effort, puzzling my way to the end. 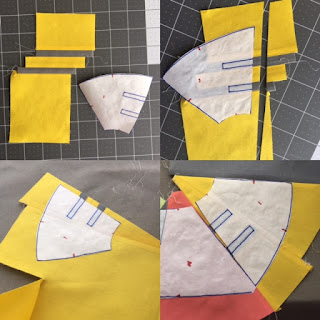 In hindsight, there were things that I could have been done differently, more easily with smoother results.  And maybe I will take those lessons along with me for future endeavors.  Or maybe, I'm OK with taking the backroads where there are bumps and potholes getting to where I'm going - we will see. 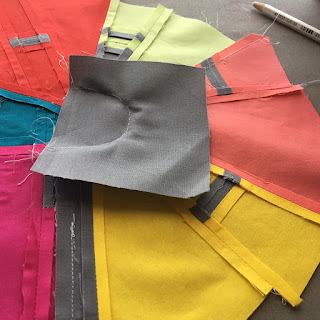 Sometimes I'm stumped and other times like this month there's an over abundance of ideas. Finally pinned down which to do for block two (pun intended) I've got zero sense of direction so when we were deciding on features for my new car we splurged and got Nav. The concept for my "tag" was inspired by the icon. Because the shape was to be a cement brick rectangle, there are three which brought to mind Past, Present and Future. 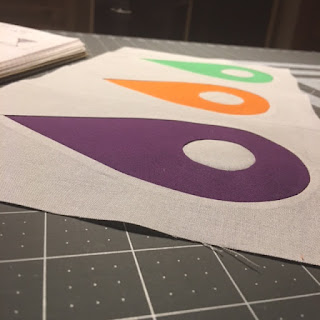 Also in excess this time was the meaning and message for the symbols so I just shared them all:  1. Destination is a moving target with many options on how to get there. 2. A modern day version of X marks the spot on a map - seeking to find the hidden treasures within yourself. 3. You are here=Be Present. 4. Enjoy the journey from point to point. 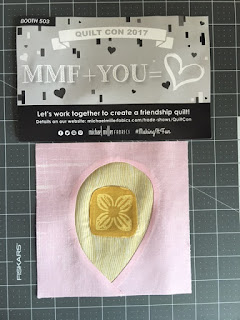 To let loose my improv a bit after such a technical approach (for me) - I whipped out a non template version for friendship block to mail off before deadline.  I'm hoping to explore more possibilities with the technique like flower petals and maybe balloons.